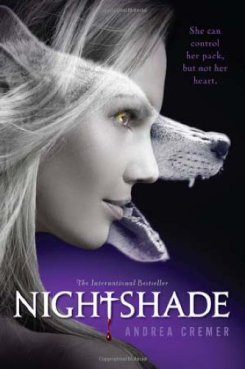 As the alpha-female of the Nightshade pack, it’s Calla’s duty to unite with the alpha-male of the Bane pack, Ren Laroche, and rule a new pack of werewolves—known as Guardians—to protect the sacred areas of the Keepers. But her life begins to change when a boy she saves from being mauled by a bear shows up at her school as a new student. Now trying to hide her feelings for the new comer from the rest of her pack, as well as the secrets she learns about their way of life, may cause a rift that cannot be prevented or fixed.

For me, the best part about this book would have to be the plot. Listed as an ‘International Best Seller’, I believe the plot is what got it to that status. It was interesting and captivating enough to keep me going, wanting to know what Calla’s final decision would be and what really was going on with the Keepers.

Unfortunately that’s probably the only thing I liked about the book. One complaint I have is I didn’t feel like I understood the ranks and stations of the Guardians and the Keepers and what affect they had to the plot as a whole. Cremer did eventually explain what the roles of the Guardians and the Keepers were, but it didn’t happen until at least half way through the book, leaving me, within the first 100 pages, to question whether I was reading the first installment of the series or not.

Also, while the plot was good, the characters annoyed me. Calla is supposed to be a strong female lead—and she was! But only in about half of the book. The other half has her weak kneed at merely the touch of Ren or Shay. She also never seemed to know what she wanted: to play by the rules or to rebel, which is understandable since she was raised to follow a certain set of rules. At the same time, if she was going to rebel in the end there should have been more indications that she had thoughts about rebelling before Shay. Although there’s a moment where her brother mentions how she taught him how to question their rules, I don’t think it’s ever really shown in the book before Shay besides her not having enough finesse as an alpha-female should and being too headstrong.

It bothered me that Ren could do whatever he wanted, but Calla had a specific set of rules to follow, even though they were both alphas, all because Calla is a girl. Although annoying, I think it’s a good topic to present in the book to bring up conversation about the double standard of treatment of men and women. I also didn’t buy Ren’s claims of loving Calla and I think that’s because he was portrayed as such a player. Their entire relationship was really strange. Calla always says their friends to appease her parents while at the same time acting like she doesn’t like him, but then is super nice to him still and gets along with him really well. I just found it to be a confusing relationship (but, what teenage relationship isn’t confusing?)

Out of the three main characters, Shay was probably the least annoying, but it was his persistence with Calla that got to me. On numerous occasions Calla told him not to provoke Ren and not to kiss her, but he just doesn’t listen and he keeps pursuing her and getting mad that she has to be with Ren and keeps trying to get her to rebel even though she tells him it’s against the rules. However, Calla also had the tendency to lead Shay on, which kind of showed that she wanted to rebel but was afraid of the consequences if she was caught. And, although frustrating, it would be a pretty boring book if Shay listened to her and just left her alone.

To be honest, besides Miss Peregrine’s Home for Peculiar Children, I haven’t read a lot of young adult novels recently. I purchased this book at least 5 years ago, at a time when I was still reading a lot of young adult fiction and really into werewolves. I wanted to read it because vampires were more of the main stream at the time, and I was more of a fan of werewolves, so it was nice to see something different. I really think if I had read the book then I probably would have liked it a lot more than I did reading it now. I would probably only recommend Nightshade to young adults who are into paranormal romance series, especially if they liked Twilight.