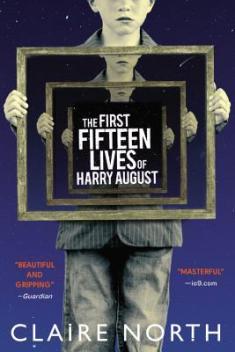 Harry August was born on New Year’s Day in 1919 in the women’s washroom of Berwick-upon-Tweed station. His mother—a servant of the Hulne family—dies after he is born, and Harry is brought back to the Hulne family where he is raised by the groundskeeper and his wife. He lives a normal life, follows in his adopted father’s footsteps, and dies in a hospital in 1989. Then he is born again on that cold winter’s day in 1919.

In his second life, Harry August is committed to an institution where he dies again. It isn’t until his third life that he begins to search for answers and learns that he is an ouroboran—an individual who may die but always comes back to where they started remembering what happened to them in previous lives. But as Harry lays dying several lives later, a young girl comes to him with a message: The world is ending at a faster pace than it should be. And it is up to the ouroborans to find out why.

The First Fifteen Lives of Harry August was a real treat. I found it in a bookstore and was immediately hooked by the premise. The thought of there being individuals who are constantly reliving life over and over—which I’ve seen in other stories—is something I find intriguing and captivating. I appreciated how Claire North (which is one of the pen names of Catherine Webb) made it so there were consequences to the actions of the ouroborans. Nothing is ever perfect. You can’t just keep reliving your life knowing everything and not change anything that happened, whether it’s on purpose or an accident. So it only makes sense that there would be consequences for too many things changing too quickly in the world.

I did think the beginning of the book was a bit slow, but it picked up quickly and kept at a good pace after that. There were also some passages that I had to read several times to understand, because there are sections on physics that go over my head (not being familiar with the theories). The First Fifteen Lives of Harry August was well written with interesting characters and a plot that opens to a realm of possibilities. Personally, I think it’s a must read for almost anyone because it’s well balanced between adult fiction and science fiction.

It also begs the question: If you could live multiple lives, what would you do?